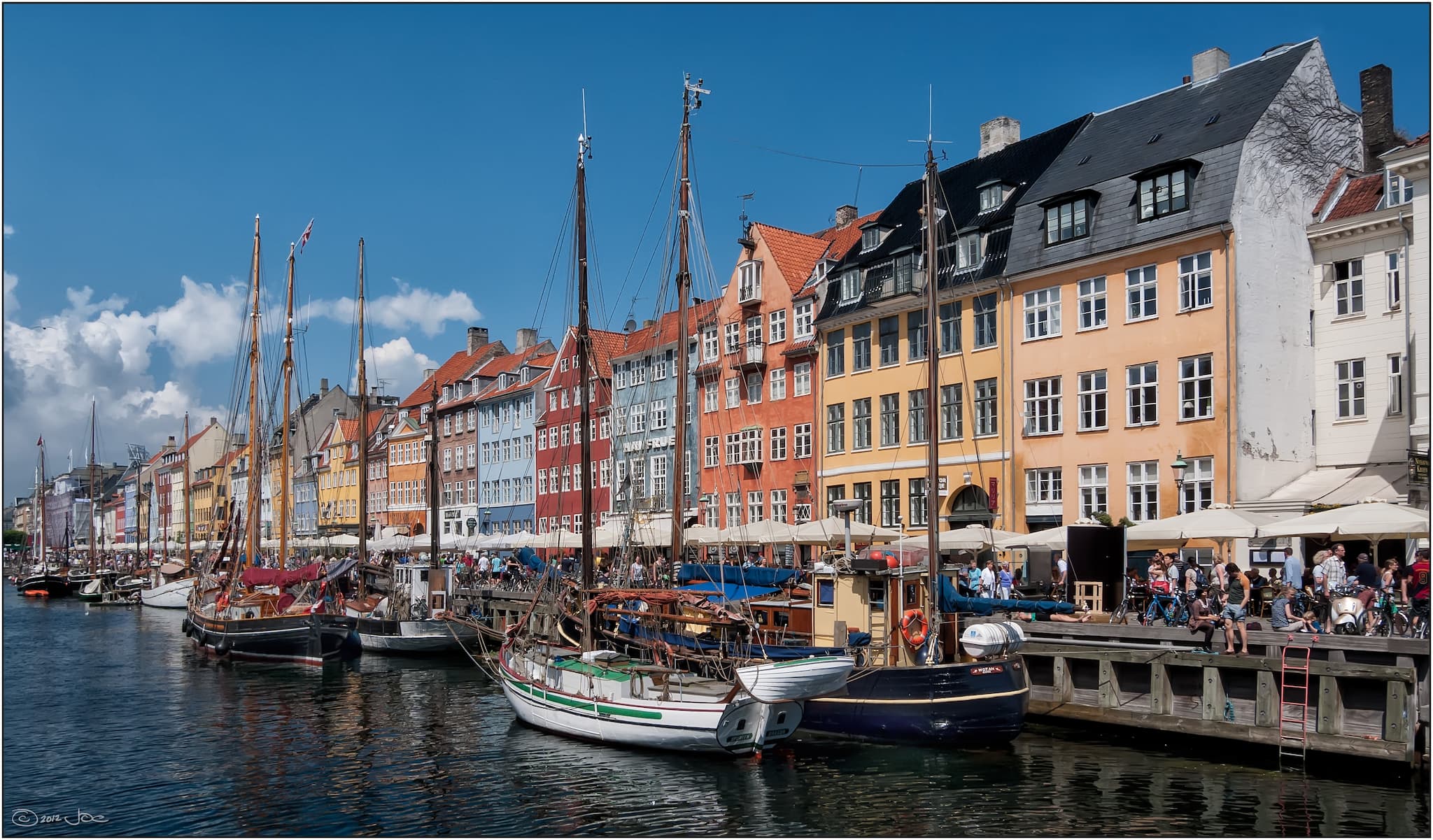 The competition was hosted by the Korea Brain Research Institute, Kyungpook National University, and the IBRO Congress. Twenty-eight national and regional champions traveled from all six continents to demonstrate graduate-level knowledge in Neurosciences, Neuroanatomy, Neurohistology, and Neurological Patient Diagnosis.

The World Champion was Yidou Weng, representing China. Yidou was awared with $3,000, a $4,000 scholarship to attend the 2020 Georgetown Neuroscience Summit, and a travel stipend to assist with her trip to Washington, DC. Second place went to Natalia Koc from Poland, earning her $2,000, and third place was awarded to Kamand Soufiabadi from Iran, earning her $1,000.

Korean Ministry of Science and ICT

Dr. Cheah Pike See is an Associate Professor of Neurobiology & Human Anatomy at the Universiti Putra Malaysia. By leading the NeuroBiology & Genetics Group, her research focuses on neurodevelopmental disorders. As a visiting scientist at Massachusetts General Hospital and Harvard Medical School of Harvard University, she embarks on the new research track to understand genetic mechanisms underlying brain tumors as well as tumor suppressor syndromes and to develop AAV-mediated gene therapies for these diseases.

Prof. Wing-Ho Yung graduated from The Chinese University of Hong Kong (CUHK), majoring in biology and biochemistry. Supported by the Commonwealth Scholarship and the Croucher Foundation Fellowship he received the D.Phil. degree and postdoctoral training from the University of Oxford in the field of cellular neurophysiology, under the supervision of Prof. Julian Jack, FRS. Currently, he is the President of the Hong Kong Society of Neuroscience and the Director of the newly established Gerald Choa Neuroscience Centre at CUHK. As a teacher, he has been elected by medical students to be the Teacher of the Year multiple times. He has served as the director of many IBRO Neuroscience Schools in Hong Kong. His main research interest is in neuroplasticity, neural circuit basis of behaviors and neurodegenerative diseases.

Professor Yun Wang graduated from Beijing Medical University with a PhD in Neurophysiology in 1996. From 2000-2002, she worked in NCI, NIH as a visiting scientist. She became a professor and vice director of Department of Neurobiology in 2004 and Neuroscience Research Institute since 2009. She became associate dean of School of Basic Medical Sciences in 2012, Peking University Health Science Center and “Cheung Kong Professor” from the Ministry of Education in China from 2013. Professor Wang is President of the Chinese Association for Physiological Sciences (CAPS). Professor Wang’s major research interests include signal transduction of pain and pain modution, and molecular mechanisms of neuronal development, injury and repair. She has published more than 60 peer reviewed publications.

Dr. Bisong is an Associate Professor of Neurophysiology and head of the Department of Physiology at the University of Calabar, Nigeria. He is a Fellow of IBRO and has worked in the Canadian Department of Foreign Affairs and International Trade.

Dr. Beyeler is a Principal Investigator of the French National Institute of Health (INSERM), where she is establishing an independent research program to decipher the role of neural populations of the insular cortex in emotional valence and anxiety. She completed a Post-Doctoral Fellowship at MIT researching neural circuits.

Dr. Peterka is the Director of Cellular Imaging at the Zuckerman Institute, where he develops cutting-edge optical methods to address challenging questions about the brain and its function. He received his PhD from UC Berkeley and conducted research at the Lawrence Berkeley National Laboratory in California.

Dr. Julianne McCall is the Co-Chair of the 2019 International Brain Bee. She is a Science Officer in the California Governor’s Office of Planning and Research.

Dr. Seong-Whan Lee received his M.S. and Ph.D. degrees in Computer Science from the Korea Advanced Institute of Science and Technology. He is the Hyundai-Kia Motor Chair Professor at Korea University. He also serves as the head of the Department of Brain and Cognitive Engineering and the director for Brain and Cognitive Engineering at Korea University. He has previously fulfilled professorships in the Department of Computer Science and Engineering at Korea University, as well as the Department of Brain and Cognitive Sciences at MIT. Dr. Lee’s research interests include pattern recognition, computer vision, and brain engineering. He has more than 250 publications in international journals and conference proceedings, and has authored 10 books.

Dr. Cheil Moon received his DIC and M.Sc. in Biotechnology and Ph.D. in Neurobiology from the Imperial College London, UK. Currently, he is a professor in the Department of Brain and Cognitive Sciences, Daegu Gyeongbuk Institute of Science and Technology (DGIST). He has also served as Dean of Academic Affairs, and Dean of Admissions and Student Affairs at DGIST. He has previously fulfilled professorships in the Department of Neuroscience at Johns Hopkins University, as well as the Department of Oral Anatomy & Neurobiology at Kyungpook National University. Dr. Moon’s research primarily focuses on Alzheimer’s disease, dementia, and other various brain diseases.

Dr. Sung-Jin Jeong is a developmental neuroscientist and a principal Researcher at the Korea Brain Research Institute. She received her Ph.D. in Molecular Biology from Seoul National University, and then worked at Massachusetts General Hospital and Children’s Hospital Boston as a Research Fellow before joining the Korea Brain Research Institute in 2013. Dr. Jeong has been involved in the Korean Brain Initiative which is centered on deciphering the brain functions and mechanisms that underlie decision-making, and the major goal is to map a functional connectome of the brain. She actively works for the 2019 world congress of International Brain Research Organization and International Brain Initiative and serves co-chair of Global Neuroethics Summit which has been held In Korea from 2017.

Dr. Ionut Dumitru received his PhD in neurobiology from Heidelberg University. His PhD work, investigating adult hippocampal neurogenesis, was preformed in the laboratory of Professor Hannah Monyer at the German Cancer Research Centre. Currently, Dr. Dumitru as a postdoctoral fellow researching neural stem cells and brain regeneration in the laboratory of Professor Jonas Frisén at the Karolinska Institute.

Dr. Landon Klein received a Ph.D. in Neurosciences from the University of California, San Diego, along with an interdisciplinary specialization in Human Origins. Dr. Klein explored how hallucinogenic drugs act on the brain to alter perception and behavior in order to better understand how similar symptoms arise in mental illnesses such as schizophrenia. Throughout his tenure in research, Dr. Klein was committed to science outreach and mentorship. Currently, Dr. Klein is a Science Fellow with the California Council on Science and Technology where he serves as a policy consultant for the California Assembly Judiciary Committee.

Dr. Chanel Matney received a Ph.D. in Neuroscience from the Johns Hopkins School of Medicine. Dr. Matney’s research used anatomical and electrophysiological tools to study the synaptic organization of distinct cell types in the deep layers of sensory cortex. Dr. Matney has also served in many roles advancing science policy and science communication in various capacities including her involvement with the Society of Neuroscience as a 2018 Early Career Policy Ambassador. Currently, Dr. Matney is a Science Fellow with the California Council on Science and Technology, where she serves as a policy consultant in the California Senate Committee on Education.

Olivia Krieger is a PhD student in Perception, Cognition, and Cognitive Neuroscience at the University of California, Davis. She is advised by Dr. George Ron Mangun and she studies the neural mechanisms of attention using EEG and fMRI. Olivia received her Bachelor’s degree in Psychology from Sonoma State University. At Sonoma State, she worked as a lab manager in a cognitive psychology research laboratory, where she focused on visual aesthetics in perception, decision-making, and attention. Olivia is a first-generation college student who has taught in numerous capacities and is dedicated to education, learning, and the promotion of higher education.

Dr. Marissa Kraynak received her PhD in Endocrinology and Reproductive Physiology from the University of Wisconsin-Madison. Dr. Kraynak’s research, as part of the Abbott Lab at the Wisconsin National Primate Research Center, centered on understanding how estradiol in the brain regulates female sexuality in nonhuman primates. Currently, Dr. Kraynak is a Science Fellow with the California Council on Science and Technology where she serves a policy consultant in the California Assembly Committee on Health.

Shannon recently graduated from the University of Surrey with a Bachelor’s degree in Psychology, and is especially interested in neurobiology and the sociocultural and historical aspects of psychology. Shannon also volunteered at the 2016 IBB World Championship in Copenhagen and the 2018 London Brain Bee, and is excited to be part of the team this year. Currently, Shannon is preparing to travel for several months, hoping to learn more about different psychology and neuroscience practices from around the world along the way.

Friedrich Schwartz is currently studying human medicine and applied informatic (neuroinformatic) at Georg-August University in Göttingen. Friedrich was the national champion of the German Neuroscience Olympiad in 2016 and represented Germany at the 2016 IBB in Copenhagen, Denmark. After his successful participation at the German Neuroscience Olympiad, Friedrich joined the organization as a very active and valuable member of the academic team and in 2018 and 2019. Friedrich also serves as the finance manager of the organization.

Dr. Marta Orlando is a post doctoral scientist working at Charité University Hospital in Berlin. She performs electron microscopy experiments to investigate the shape and function and plastic changes of presynaptic terminals. She joined DNO in 2017, first as a Jury member and later enthusiastically joined the academic team. Since 2018, Dr. Orlando has coordinated the logistics for registration for the DNO regional competition in Berlin. She was involved in the IBB competition in Berlin as part of the academic and logistical support team for the event.

Teresa Spanò was born and raised in Trieste, Italy and is currently pursuing a PhD in Molecular Neuroscience at the Max Planck Institute for Brain Research in Frankfurt . During high school, Teresa had the opportunity to take part in the Italian Neuroscience Olympiades, which inspired her to study Neuroscience in Edinburgh. After graduating, she worked for a year in a lab in India, investigating autism and intellectual disabilities. Teresa has helped DNO both with the organisation of local events and as part of the academic team of the German Neuroscience Olympiad.

Skip back to main navigation